"it’s an attitude, more than a style"

You might have noticed the beautiful illustration for this year's thread... a festival of textiles, taking place 12-13 June online and in-person. We caught up with the lady behind the hands Sophie Ward to talk more about her work, inspiration and her pathway into illustrating.

Tell us how you came up with the thread illustration? Where did you get inspiration from?

It came from the Maltings really. The team saw my zodiac prints featuring the hands that they really liked. I do loads of figurative stuff, but just haven’t for ages. I started out as a fashion illustrator so I was more than happy to go back to drawing hands. The colours were retro and so fitted the building. It was a nice and easy brief for me to follow! The idea and concept takes the longest to come up with, so a good brief makes things a lot easier.

When did you know you wanted to be an illustrator?

I’ve never done anything else. I used to draw pictures of girls in clothes when I was 10! I was always arty at school and went to an after-school art club with a wonderful lady who saw me all the way through to 18. She was the one who told me about fashion illustration, to which I said "what's that!". That then got me on the path. I then had a great A Level art teacher who took me to Amsterdam with five other students and we just went drawing. It was amazing!

My Dad is a potter so he’s quite creative too, but it was my art teacher who told me which university to go to and which course to take. I’m 40 now, so you have to stick with it as I’m finally making a living from it. I’ve always worked in shops and bars as well as being a mum of three until about four years ago.

Tell us about how you got into the industry?

I started working at art school as I was a bit older than the other students. I went travelling for a while and got caught up in the London scene. When I did go back to university I was 21 and became better friends with the teachers than the students! I lived in London and used to travel to Epsom, and the other students were still doing school discos! The course was amazing and my course tutor used to put me forward for jobs. I was basically a free illustrator for his friends, but I was more than happy to do it! It’s all about networking and to be around those high-level people, makes you step up. I did get my first paid job in my last year of my illustration degree working for Henry Holland, that was while I was studying for my finals. Having that final contract in my final year got me further work.

I wish Instagram was around then as it was all about word-of-mouth and bloggers! It’s an amazing platform, I wouldn’t have got my studio without it and it’s accelerated my business. Pre-lockdown, I had my agent booking for me when I lived in London. Soon as you start doing this for yourself and think about the customer, it completely flipped. I have a small following but I’m making a living out of it as it’s my portfolio. It can be hard with the marketing but it’s all about balance.

How would you describe your style?

It’s half typography based. As I’ve been an illustrator for so long, it’s evolved over time. I am able to do a lot of different styles, sp I did graffiti when I was younger which led onto typography. I’ve done fashion illustration and figurative work so it’s only recently that the two styles of typography and fashion illustration have merged. I always say it’s hard to describe my own style, you tell me! Sweary, hand-painted… it’s an attitude, more than a style.

Your studio is based at the Maltings. How did you come to find us and have you been inspired by local area?

I’ve been on the waiting list since I moved here! As soon I came here, I said I needed a studio. This little hub is amazing and its creative. It’s the coolest place in Farnham! I was always set on being here.

The slowing down and having children has inspired my work since being here.

What are you working on currently?

I’ve got three commissions from people that want paintings of slogans. I have a cool request for a 40th birthday present from a group of friends. I have another one from an Instagram psychiatrist who wants two big paintings of two of her sayings.

There's also loads of merchandise coming out including some caps and a new collection of t-shirts, which we’re printing in-house and there’s a shoot for it coming up in Cornwall. It hopefully will all be ready to purchase by the end of this month! 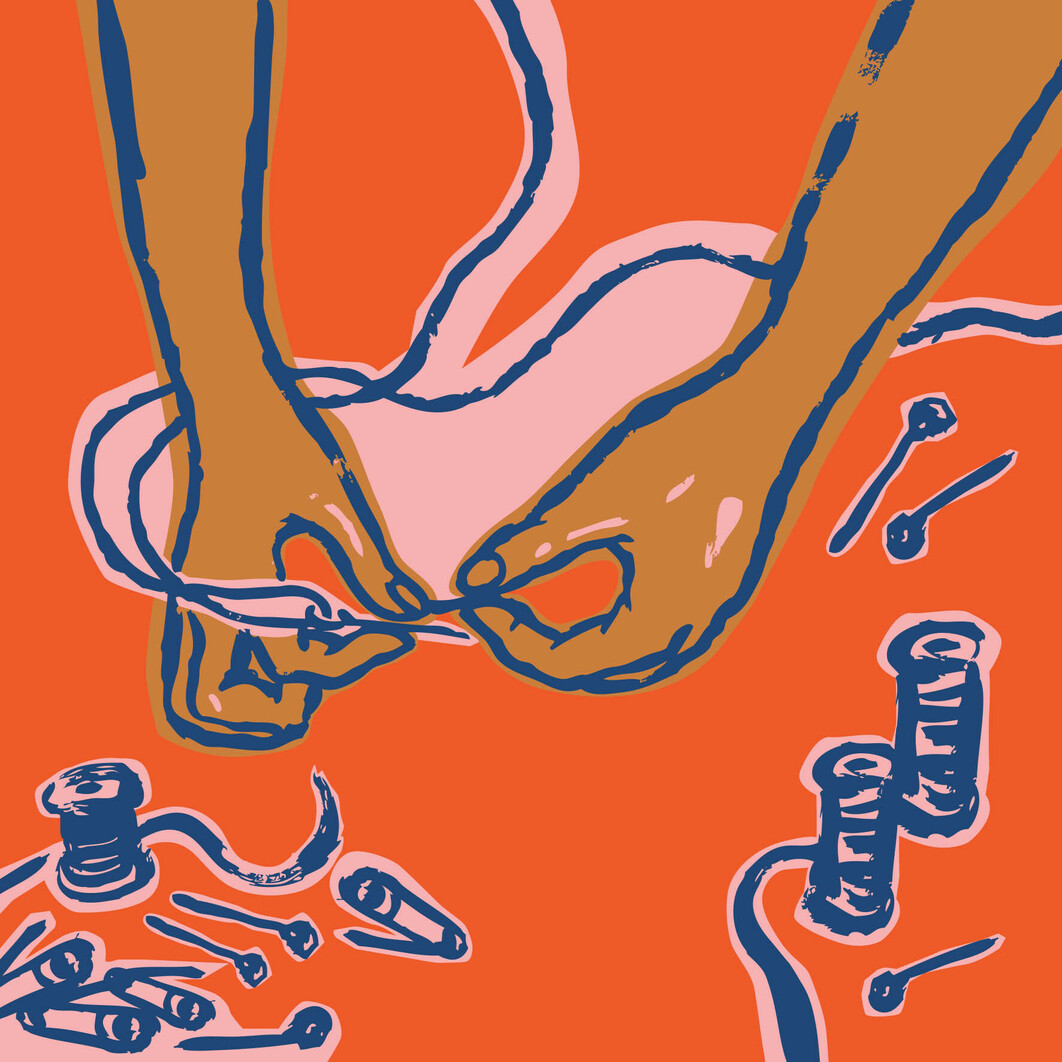