Scoot theatre are coming to Farnham on 28 July with their brilliant Shakespeare in 60 minutes. We caught up with Max Hutchinson to find out a little more about the show and the company.

Tell us a little about your theatre background?

I graduated from Rose Bruford College about 12 years ago and I’ve been very lucky to have worked in some lovely places since then. One of my first jobs was One Man, Two Guvnors in the West End. Since then, I’ve toured a fair bit of Shakespeare, I’ve worked at Chichester Festival Theatre, and most recently I’ve just finished playing The Actor in the West End production of The Woman in Black. I’ve always been interested in every aspect of theatre though – so I’ve also done some directing, assistant directing and in the past couple of years I’ve added producing to that list!

Why did you decide to take Shakespeare to cricket clubs?

I’ve always wanted to run my own company and I suppose the pandemic kicked me into gear! I was cycling past a cricket club with my little boy one day in summer 2020 and it struck me as a fantastic venue to host some outdoor theatre. Cricket clubs are such social places and of course they’d missed out on events all summer because of Covid. I wanted to put on an event that would bring the local community back together again. So that was my starting point. But since then, the company’s aims have evolved. We have focused our work for younger people, and we try to engage new audiences by touring to non-traditional theatre spaces. I chose a sixty-minute version of A Midsummer Night’s Dream as our first project because it’s a popular title – it’s one that everyone knows and it felt familiar - it felt like that familiarity was something we were all missing!

Are there unique challenges for performing at Cricket clubs over other outdoor spaces?

I think vocally they are far more challenging than most other venues you’d ever play as an actor! We are entirely acoustic, so we try to set up facing the pavilion to try and get some sort of sound ‘back’ but often it’s not possible and we find ourselves just shouting into a field! What I love about visiting cricket clubs is that social aspect though – we are very aware that we are on the club’s turf! So, if the younger members of the audience want to go and throw a ball for five minutes or run around then come back then of course they can – it’s really informal.

I’d say the Scoot approach to Shakespeare is big, bold and fast – and full of music! We don’t take ourselves too seriously! The cast are all actor-musicians, so they are never really “off-stage”. If their character is not in the scene then they’ll be playing an instrument in full view of the audience. We don’t really try to hide the ‘theatricality’ of any of what we do. Because there’s only six actors, there’s lots of multi-rolling, which adds to the speed and precision of it all. We try to stay true to the text - we don’t want to patronise the young people in the audience. We believe that by playing the text with a big strong intention then we can make the language accessible and comprehensible. Our audience members walk away telling us that their children could repeat the whole plot to them or that they understood Shakespeare themselves for the first time! Also, we hang around at the end for chat. So, if anyone wants to discuss the play, or Shakespeare or anything really, then we’re always there at the end to have a chinwag!

What should audiences expect from A Midsummer Night’s Dream?

I think they can expect a light-hearted, fast-paced whizz through one of Shakespeare’s favourite comedies, full of energy, humour and music. An accessible take on Shakespeare that is fun for anyone aged 5-105! A real family-friendly community event. 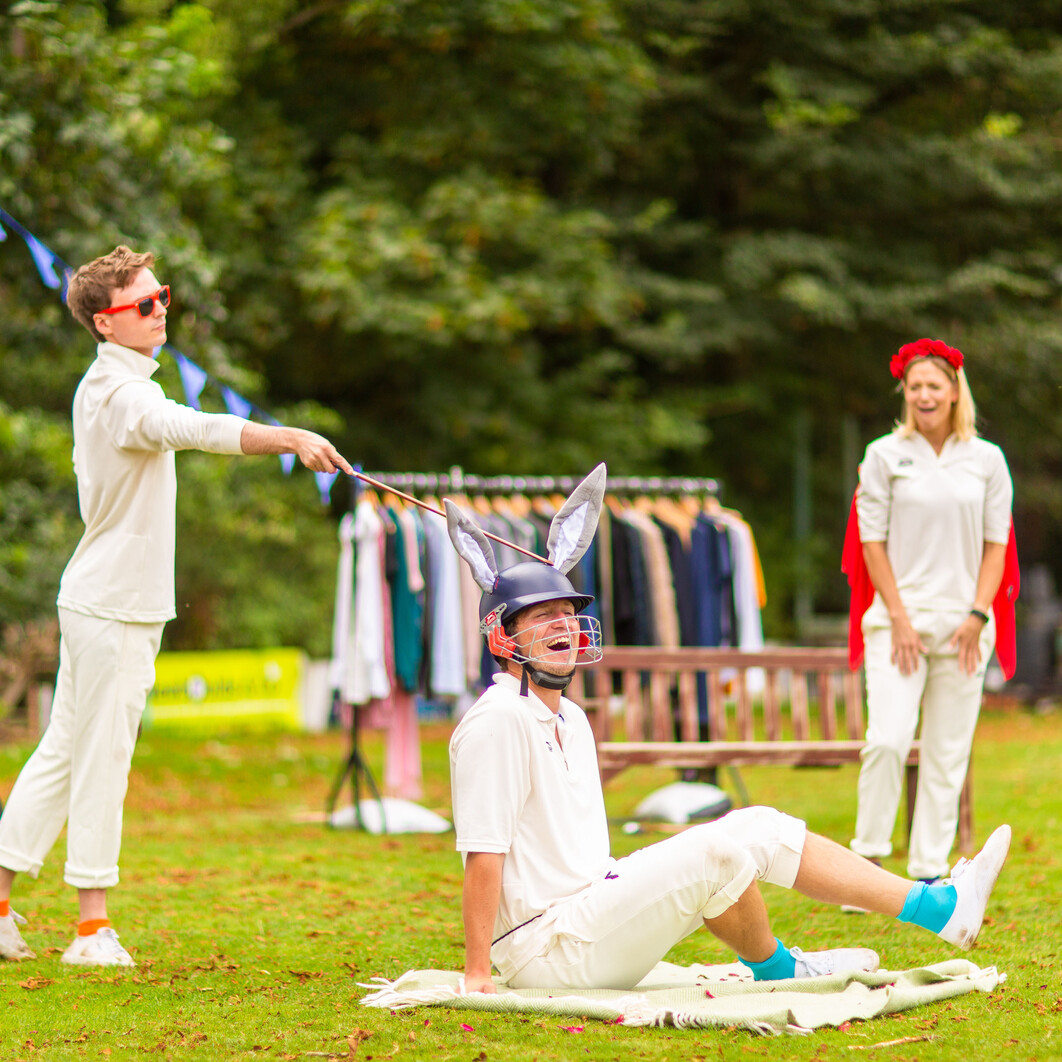