Christopher Nibble, the heartwarming story of a heroic guinea pig trying to save Dandeville from running out of their favourite food, is coming to the maltings on Monday 24 October. We had a chat with Claire, the Artistic Director from Topsy Turvy Theatre, about what we can expect from this uplifting half-term family show.

What is life like in Dandeville for Christopher Nibble?

Life in Dandeville is pretty good for Christopher Nibble. He has a great family who enjoy going on picnics together, and when he’s not eating dandelion leaves (or dreaming about eating dandelion leaves) he plays football with his friends. Dandeville has everything you could ever wish for in a town. But, without giving too much away, Dandeville is about to run into a spot of trouble…and Christopher is the only guinea pig who can save the day!

What message do you feel is at the heart of this show?

There are so many messages that children and families can take away from watching Christopher Nibble, but for me I think it’s the message of how small acts, even by little guinea pigs, can lead to big results. In our adaptation we have really focused on food sustainability and where our food comes from (in a friendly way for our 2-7 year old audience). Christopher has a BIG choice to make. Does he eat the last remaining dandelion in town, or does he keep it safe and sow its seeds so that everyone can have dandelions again?

How does Christopher Nibble compare to previous productions you have created?

There are certainly a lot more guinea pigs in Christopher Nibble than our productions which came before it! But seriously, when I started Topsy Turvy Theatre in 2011, our first production was an adaptation of Jonathan Emmetts’s Ruby Flew Too (which is great, by the way) After that, the following three productions were all original stories I wrote myself (also great, by the way). It was actually an audience member who spoke to me after one of our shows that told me about Charlotte Middleton’s Christopher Nibble, and it peaked my curiosity. I found a copy in the library and knew it was a perfect fit for a Topsy Turvy Theatre show. Charlotte’s environmental message in all of her Christopher stories resonated with our own ethos about re-using objects for props and scenery, and the texture she has created in her illustrations by using a mixture of textiles and hand drawn illustrations was completely in keeping with our style of tactile material choices when we build a show. The way we have translated Charlotte’s illustrations from page to stage is something I’m really proud of because children’s books are not just about the words, but the visuals are so important too.

Was it important to you that this show was Makaton friendly?

As children’s theatre practitioners, we’re naturally expressive, and use our hands and facial expressions A LOT! When we started learning Makaton we quickly realised that by including Makaton we needed to be mindful of our ‘general expressiveness’ – i.e, stop waving our hands around so much if its not needed and instead, find an appropriate sign to use. Our work has become so much more accessible since we included Makaton, and we have such lovely feedback after each show about our use of Makaton with children coming and signing ‘thank you’ to us, to parents saying how moved they were to see other people, not just family members or their child’s teacher, signing. It means so much to them to have other people to communicate with. We’re playing our little part in providing theatre that is accessible for people with learning or neurological differences as well as raising awareness of how much of an impact you can make to a persons life by just learning a few signs.

How much fun is it being able to put on shows like this for our young audiences?

It's as much fun as a guinea pig diving head first into a pool of dandelion leaves…on their birthday…and ALL of their friends are there to play too! I basically get to dress up wearing the worlds most beautiful, hand-embroidered waistcoat (specially made for the show), put dandelions in my hair and pull funny faces for an hour whilst making children and their grown ups laugh! It's full on, and as your audiences will see when they come & watch the show, we work really hard to entertain everyone, but I can’t help but get caught up in the enjoyment of the occasion every single time! It's honestly such a privilege. 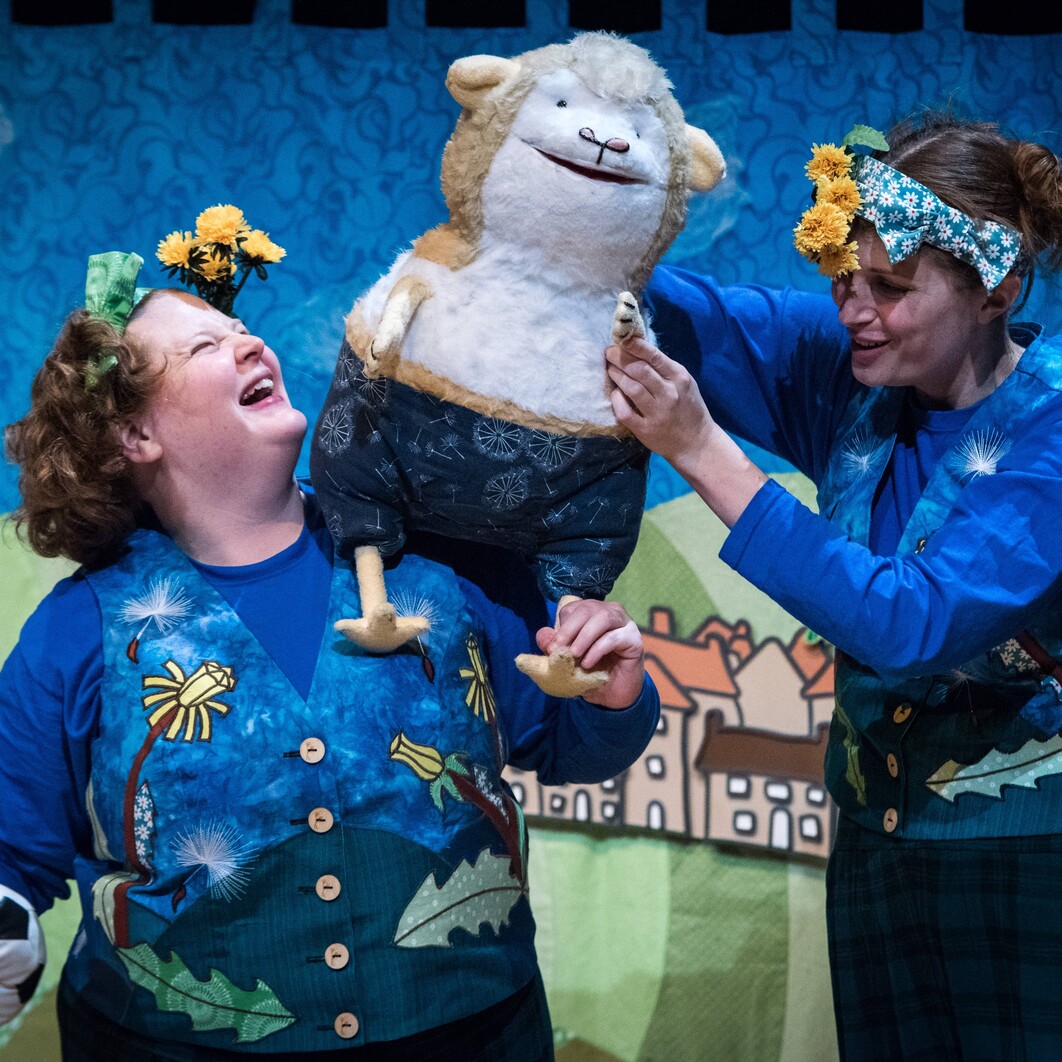 first theatre show for your little one?