We caught up with Alex and Clare from Little Bulb Theatre, an associate company of Farnham Maltings, to find out about their very exciting show, Hibernation, coming to us this half-term.

Olivier Award-winners for Best Family Show in April 2022 for your production of Wolf Witch Giant Fairy – does that still feel surreal to say?

Absolutely, we were all completely startled to be nominated, let alone win. It was a very unusual experience but so much fun and we got to meet the legend that is Floella Benjamin who presented the award and was so kind to us backstage.

Hibernation comes to the maltings on Saturday 22 October – what message do you feel is at the heart of this production?

We want our audiences to have a great time so the show is packed full of humour but also lots of facts because we are really inspired by the science of hibernation and how all the different animals do it. We want to inspire our audiences to marvel at the beauty of the natural world.

what inspired you to create a production centred around napping?

We made the show in-between two Covid lockdown periods where lots of people were doing their own form of hibernating, which we felt gave us a really rich metaphor to play with for our younger audiences, but of course we're also massive fans of sleeping!

would you say that Hibernation is similar to any of your previous shows?

Yes and no. It's similar in the sense that we love playing animals in our children's shows and having fun with those characters and the setting (a woodland) is similar to an earlier show we made called The Night that Autumn Turned to Winter, but we've never played these particular animals before and the look and feel of this show is very different to that one. So, it has a lot of what you'd expect from on our of shows, live music and big characters etc, but it's also unique unto itself.

what can the young maltings audience expect from this show?

They can expect to meet a Queen Bumblebee (and hear all about her own hibernation!), plus an array of other hibernating animals incl. bats and bears. They can also expect lots of fun audience interaction, silly jokes, catchy songs and the chance to have a go at hibernating themselves!

Little Bulb are an award-winning national touring company based in the South West of England. At this year's Olivier Awards, they won Best Family Show with their production of Wolf Witch Giant Fairy – which they performed last Christmas at the Royal Opera House.

They are committed to developing devised and physical theatre performances which explore and illuminate minute human details that, in a world so big, are easily swallowed up. Combining innovative character work, beautiful imagery and exciting homemade music, Little Bulb aspire to create performances that with humour and sadness will touch, startle and entertain. 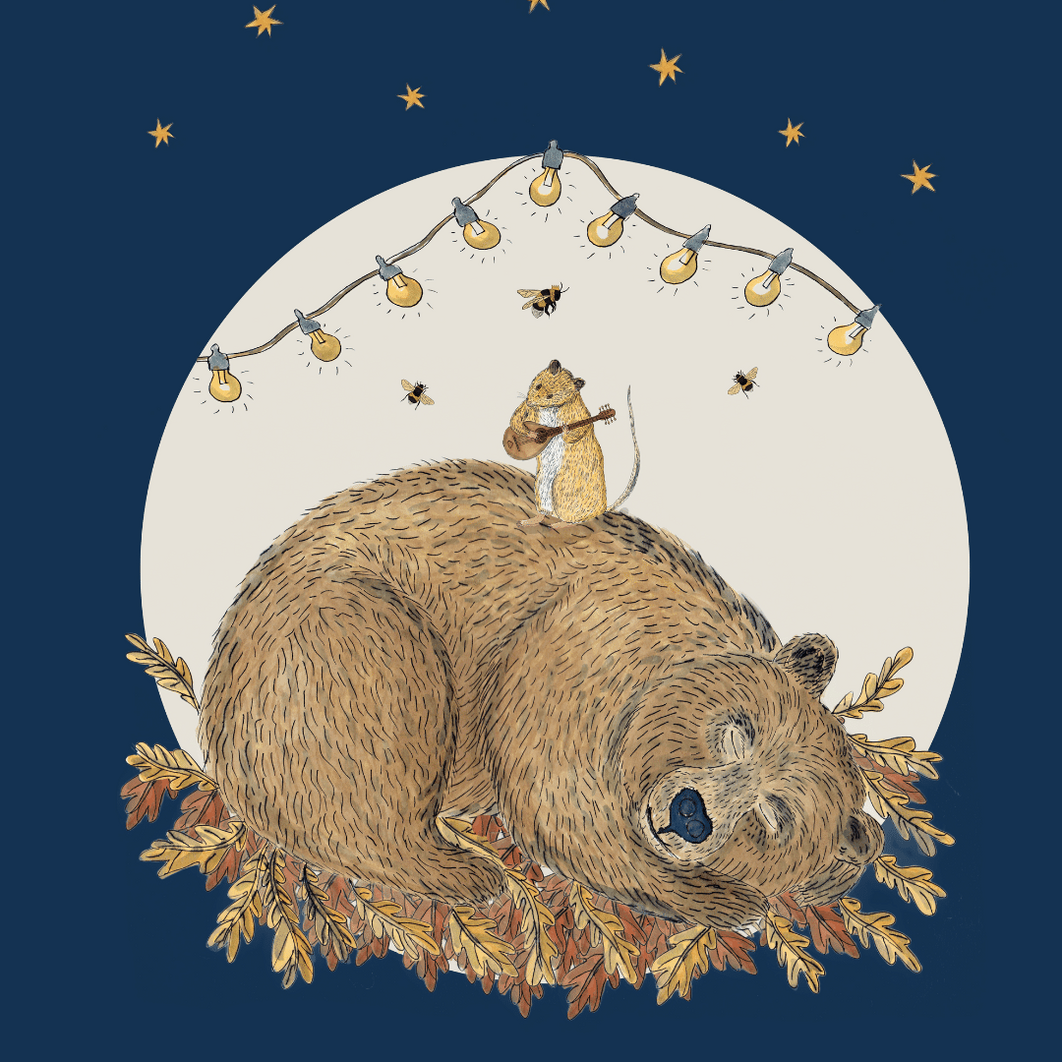